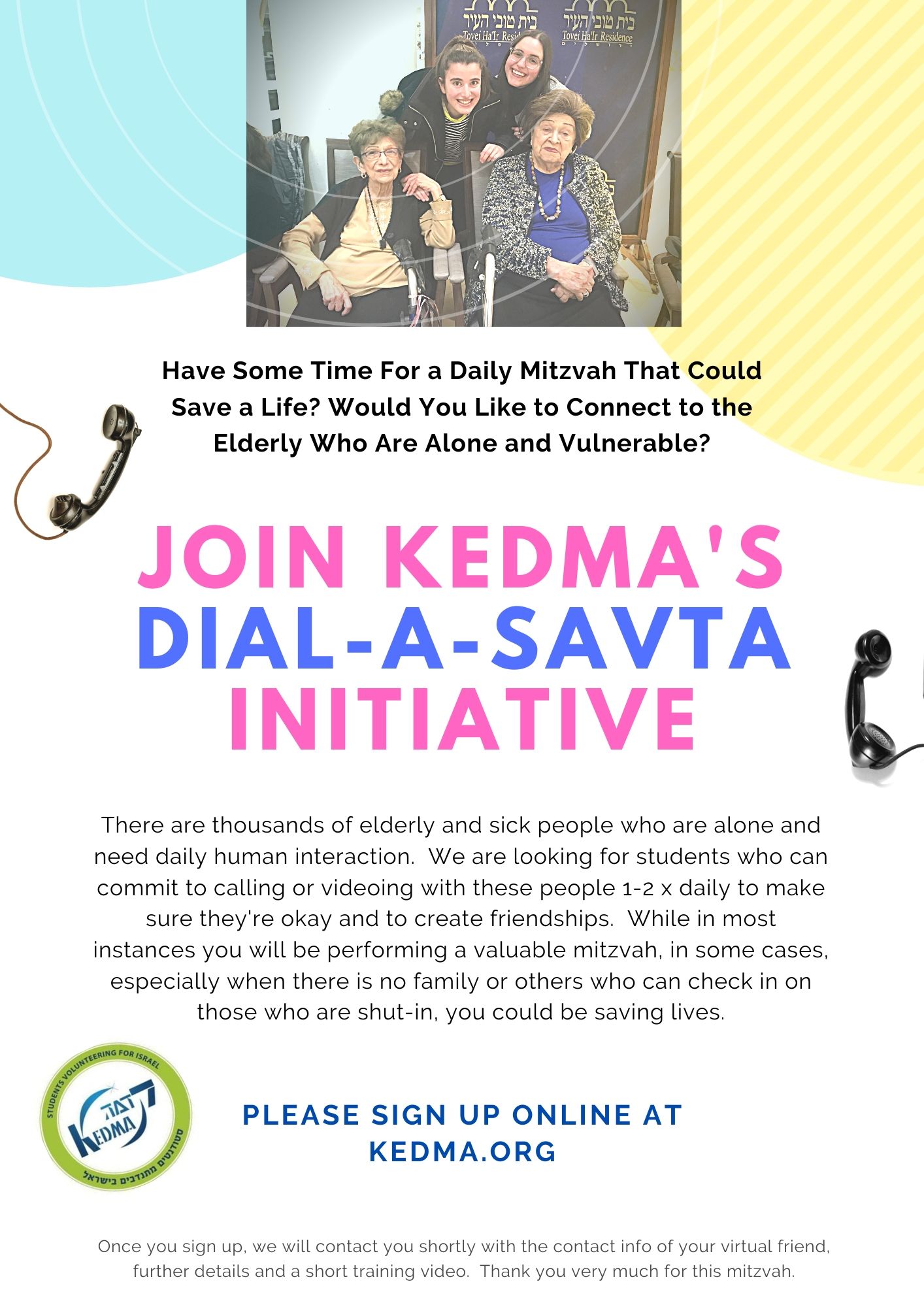 During this difficult and challenging time of the COVID-19 pandemic, thousands of elderly and sick individuals are experiencing extreme loneliness and depression due to imposed isolation. As a result, Kedma has created a program where student volunteers can sign up to call or video message these individuals daily to give them some kind of human contact.

If you are elderly, sick or otherwise in isolation during the COVID pandemic and would like someone to call or video message you once a day, please sign up on the link above.

To sign up to call someone in isolation during the pandemic and perform this life-saving mitzvah, please click on the link above, and a representative from Kedma will contact you with your assignment soon!

We might’ve been inside, but we could still sing! See the video below to watch Lenny Solomon’s Live performance given on our Facebook Page on Tuesday, March 31. To learn more about Lenny and his musical career, read his bio and watch a couple of his videos below. 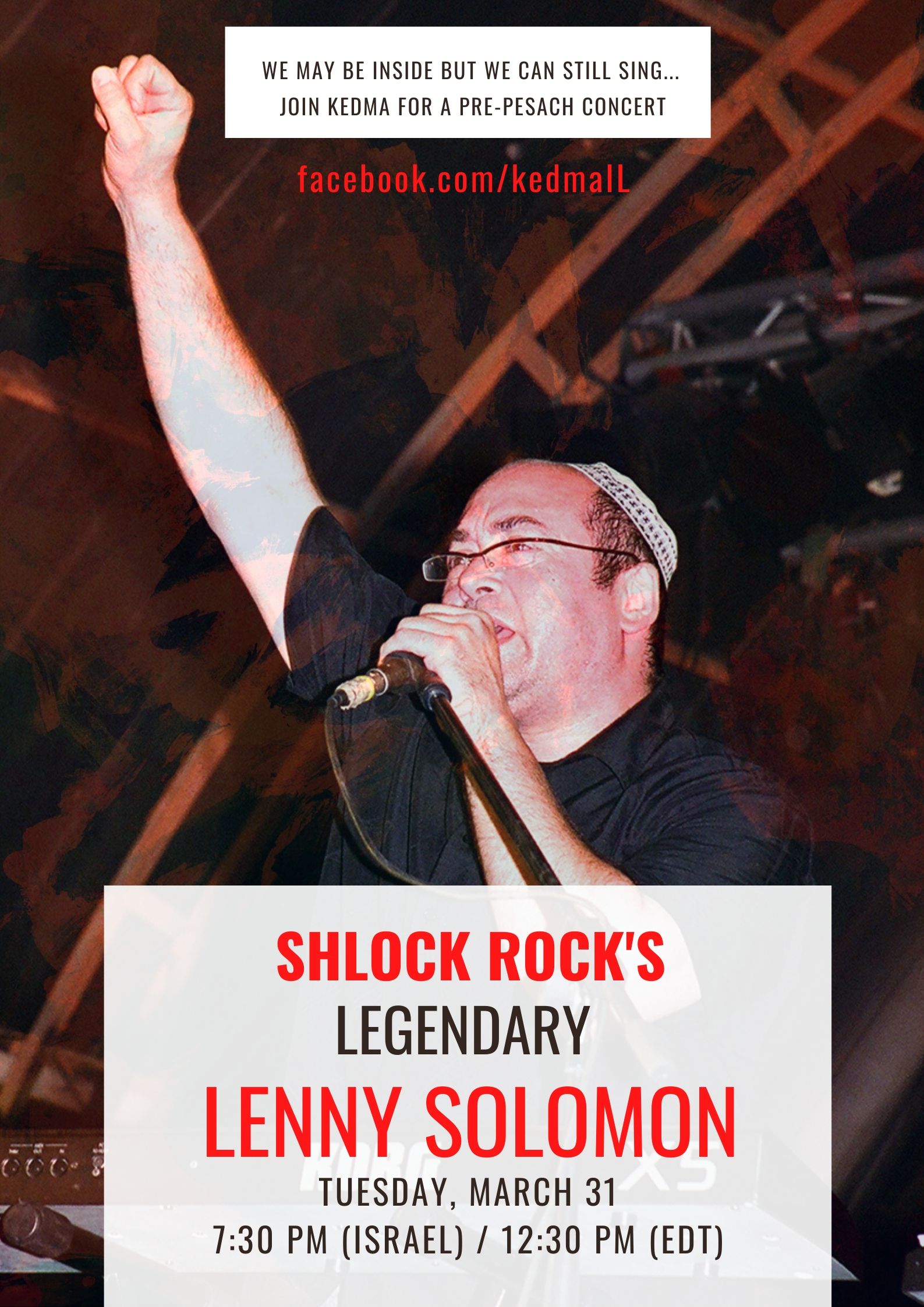 Lenny Solomon was born in 1961 and grew up in Kew Gardens, NY.  He comes from a very musical family where there were Cantors on both his mothers and fathers side going back generations. Lenny played accordion from the age of eight, and piano from the age of fifteen. He minored in music at Queens College and started playing professionally from 1980.

In 1992 Lenny got married to his wife Gillian and they moved to Israel in 1996. They currently live in Bet Shemesh, Israel with their four daughters Ayelet, Tamar, Avigayil and Shani.